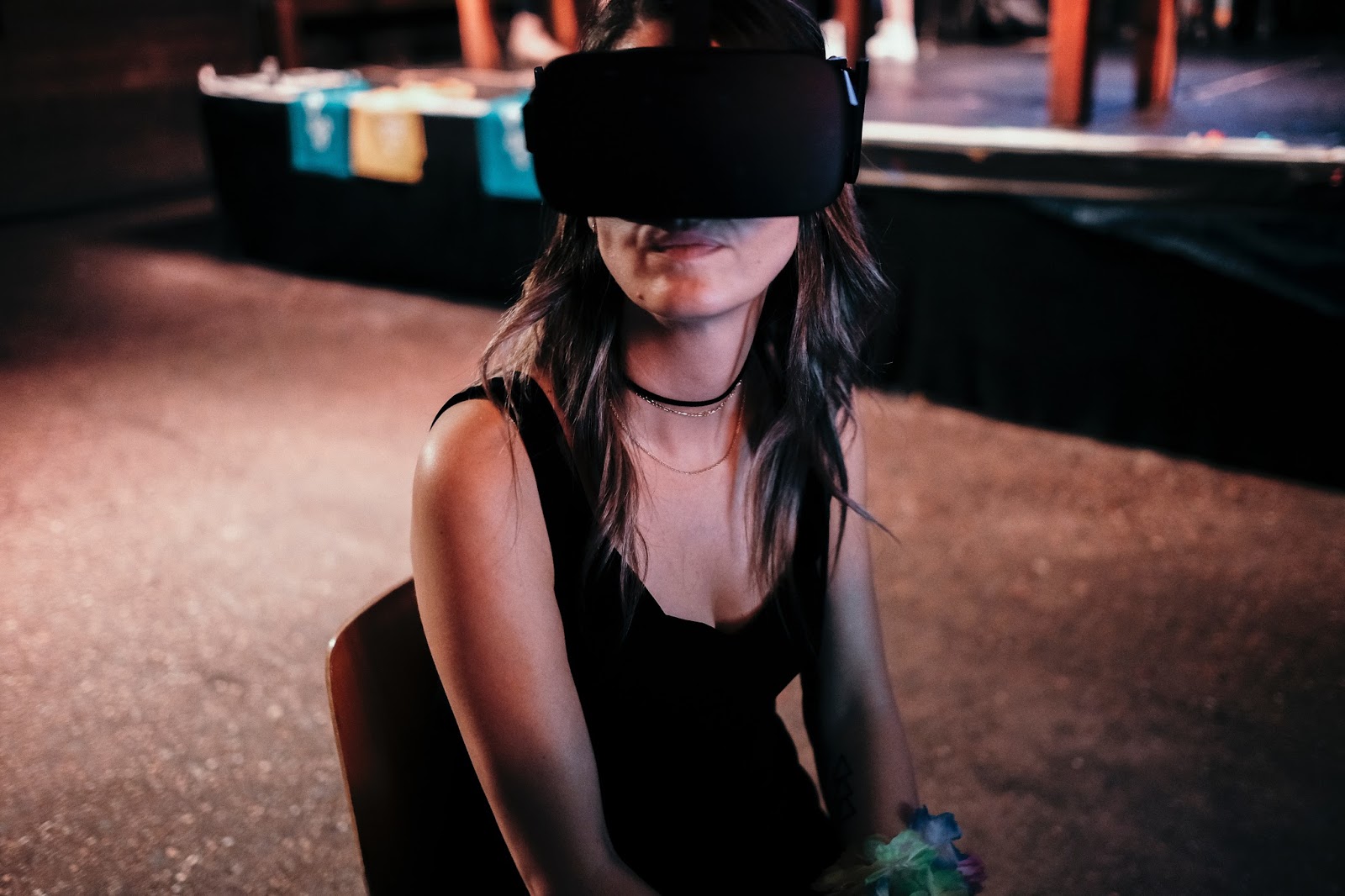 Last April, I co-organised the workshop “The role of the body in virtual reality” at the University of Wollongong, Australia. Two of the talks given were, I think, of particular interest for raising philosophical questions on body and beauty in relation to technology. Stephen Gadsby (Macquarie University) spoke about “Disorders, body representations and virtual reality” and Robert Sparrow (Monash University) presented a talk on “Teledildonics and rape by deception.”

Stephen Gadsby has done research on how the distortion of body representations relate to body disorders, specifically anorexia nervosa. Gadsby presented how body representations can directly guide perception of affordances in the environment. For example, a person with anorexia nervosa might, when walking through an open door, move their shoulders at a steeper angle than would be expected based on their physical body size — the suggestion is that overestimation of their own body image guides the person to make themself smaller than necessary in order to fit through the door. It turns out that body ownership illusions, like those in the vein of the famous rubber hand illusion, can be used to influence a body representation. Virtual reality technologies are a very practical method of doing this, because they allow for relatively easy ways of changing bodily appearance, as was shown recently by Anouk Keizer and colleagues. The results of their research suggests it is possible to decrease anorexic patients’ overestimation of their own body size. Gadsby raised questions on the underlying mechanisms, specifically on the role of body representations in these experiments. He suggests it would be worthwhile to investigate how able body representations are with incorporating body parts that are larger in size than the physical body, instead of those that are smaller as in the experiments by Keizer. A better understanding of these mechanisms would help tremendously in the treatment of eating disorders, help people accept their own body, and even help them regain confidence in their appearance.

Robert Sparrow presented a paper, co-authored with Lauren Karas, on current and future sex technologies. The area of focus was teledildonics, or haptic interfaces for genitalia, as exemplified by the Pearl and Onyx sex toys by Kiiroo. Though the toys can function separately, with the Pearl as a dildo and the Onyx for penis insertion, their main appeal lies in using them in tandem. By connecting the devices through the Internet, partners can intimately stimulate each other across a distance. And while the toys are mainly shown in advertisements with heterosexual couples, it is also possible to connect a pair of Onyx’s or Pearls for same-sex use: it’s just a matter of calibrating the right vibration registration and simulation. Sparrow and Karas investigate the ethical consequences that are raised by the use of such sex toys. While these toys allow partners to engage in sexual acts when the partners are not physically near each other, the toys also potentially allow for ‘rape by deception’. Rape by deception is often understood as the deception of one person by another passing as someone else — for example under cover of night or by wearing a mask — in order to obtain sexual intercourse with the former. The possibility that teledildonic sex toys can be hacked legitimises the fear that a new way of rape by deception becomes viable: who knows who is using the other toy when one is not physically near?

Though rape by deception is an important topic to be brought in relation to these sex toys, it is not the only one. One might wonder, for example, what influence these toys could have on the sex life of developing adolescents who are experimenting sexually. In a world that is already digitised through-and-through, teledildonics might further stimulate social interaction which does not involve direct physical contact, nor the careful exploration of another’s naked body. It is not hard to imagine that augmenting such sex toys with virtual reality visors or, as also recently raised by Sparrow, that sex robots will have a significant influence on the way standards in sexual intercourse will shift. Such virtual reality devices or robots will likely overemphasise unrealistic body standards by mainly showing or mimicking pornstar-like bodies that are always ‘willing’. At least two things need to be done. First, care needs to be taken, especially in sex education, to communicate that these virtual bodies, which one can now not only look at but even ‘touch’, are not necessarily a realistic depiction of what a naked body looks and feels like. Second, assuming that it is pointless to try and stop or forbid these technological developments, we need to get creative about how developers of such virtual bodies can be made conscious of the influence they will have on beauty standards. Perhaps then, if realistic human bodies are shown in realistic social interactions, we can not only avoid extra pressure these sex toys would put on beauty standards — we can even improve current perceptions of those standards.

This is a repost of a blog I wrote on invitation of the Beauty Demands Network, a research network addressing the changing requirements of beauty, led by the University of Birmingham. Featured image of person with virtual reality goggles by Paul Bence.